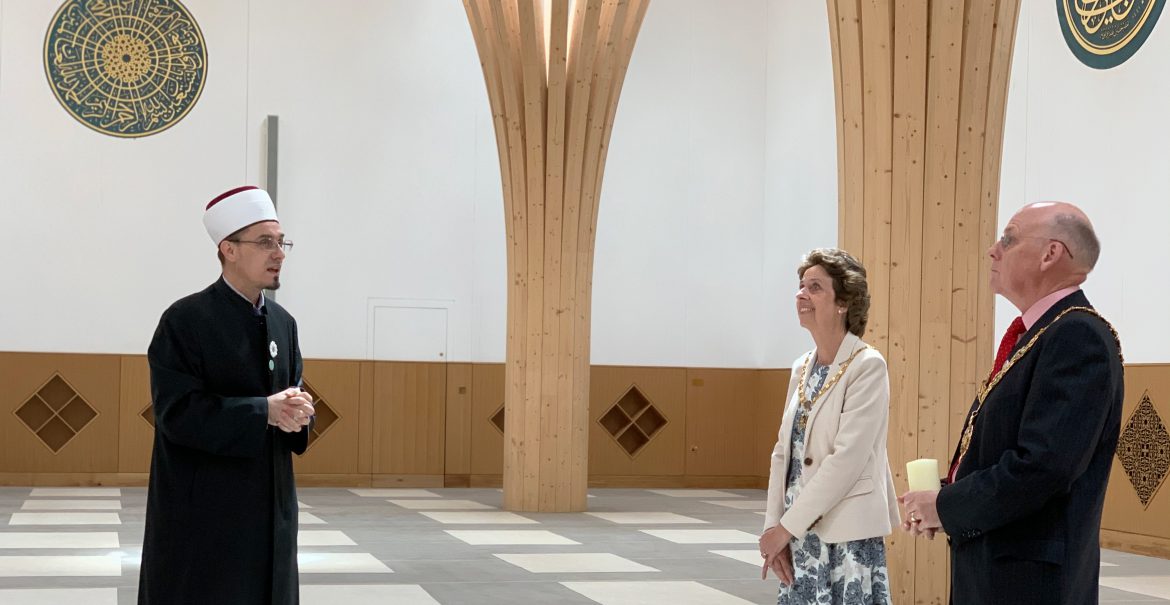 This year marks the 25th anniversary of the Bosnian genocide in Srebrenica.

On Saturday 11th July, Imam Sejad Mekić was invited to the Cambridge Guildhall to attend their remembrance event. A candle was lit outside Great St Mary’s Church and at the Mosque, remembering the 8,000+ Muslim men and boys who were murdered in the worst atrocity on European soil since the Second World War.

Imam Sejad Mekić said: “I would like to extend my sincere thanks to the Cambridge Mayor Cllr Russ McPherson, the Mayoress Carole McPherson, and Cllr Anna Smith for organising this event and for the kind invitation to attend.”

This website uses cookies to improve your experience. We'll assume you're ok with this, but you can opt-out if you wish.
Accept Settings Read More
Necessary Always Enabled
Non-necessary

By clicking "Enabled", you are consenting to us using cookies from Google Analytics. These are necessary to monitor statistics. If you do not want these cookies to be set, please click 'Disabled'.